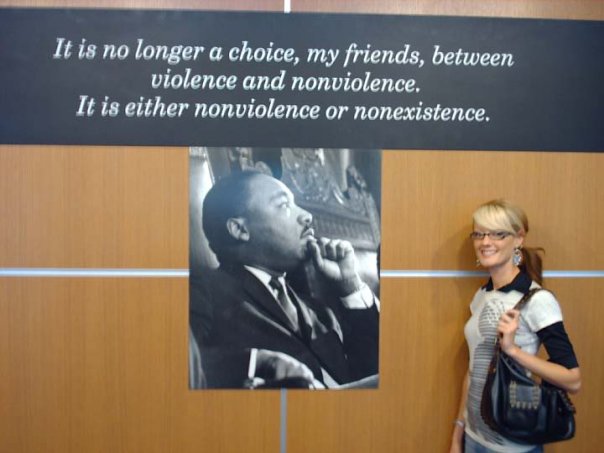 I am not going to say a whole lot today. This is because there is just so much to say. If I began to run off at the mouth & pontificate now, it would certainly become like a sermon. I feel as though I should leave those to the Reverend Martin Luther King, Jr. himself. All the topics I could broach today (or any day) are stalwart convictions of mine that I feel SO strongly about that it could very likely become much too personal, preachy, & not succinct enough to be an article for this blog. I don’t want to get on my soapbox here — the playground of ravin’ perkiness. I can write some pretty assiduously forceful declarations when I am impassioned, but What’s Ravin’, Maven? is not a project I designed for that. Thereupon, today I will just share what I know about this revolutionary man who has been my hero — my professor of life, my like-minded kindred soul, my muse — and try my best to honor him on this very important day in which is dedicated to his mark on *our* world.

Martin Luther King, Jr. was actually born Michael Luther King, Jr., on January 15, 1929. If I remember correctly, he legally changed his name to Martin. Following in his grandfather & father’s footsteps, he was the co-pastor to his father at the Ebenezer Baptist Church in Atlanta, Georgia, but I have skipped ahead of myself… Before that, MLK Jr. graduated from a segregated high school when he was 15 years old. After that, he got a B. A. at Morehouse College, which was a “Negro” college, also in Atlanta. From there he attended 3 years at Crozer Theological Seminary (Pennsylvania) and studied theology, of course. One of his first triumphs & clues, into his future in civil rights, was that he was elected president of his senior class at Cozner, which mostly consisted of white students. Where our country was with segregation at that time, this was a ridiculously admirable & powerful feat. He went on to win a fellowship there, and then headed off to Boston University. At Boston University he completed a residency and got his doctorate. This is when & where [in Boston] he met Coretta. He went on to marry Miss Scott, making her Coretta Scott King. #love Together they had 4 children — 2 daughters & 2 sons: Bernice, Yolanda, Dexter Scott, & Martin Luther King III.

After Boston University, MLK Jr. went to Alabama and became the pastor at Dexter Avenue Baptist Church. At this time, he was also a member of the National Association for the Advancement of Colored People. He then accepted leadership of the very first nonviolent demonstration in the United States for African Americans. The boycott lasted a year and 17 days. During the stretch of time of this nonviolent demonstration, MLK’s house was bombed, he endured much abuse, & was arrested numerous times. Yet, this is when he became known as a leader & soldier against segregation, and the most influential fighter for equal rights. 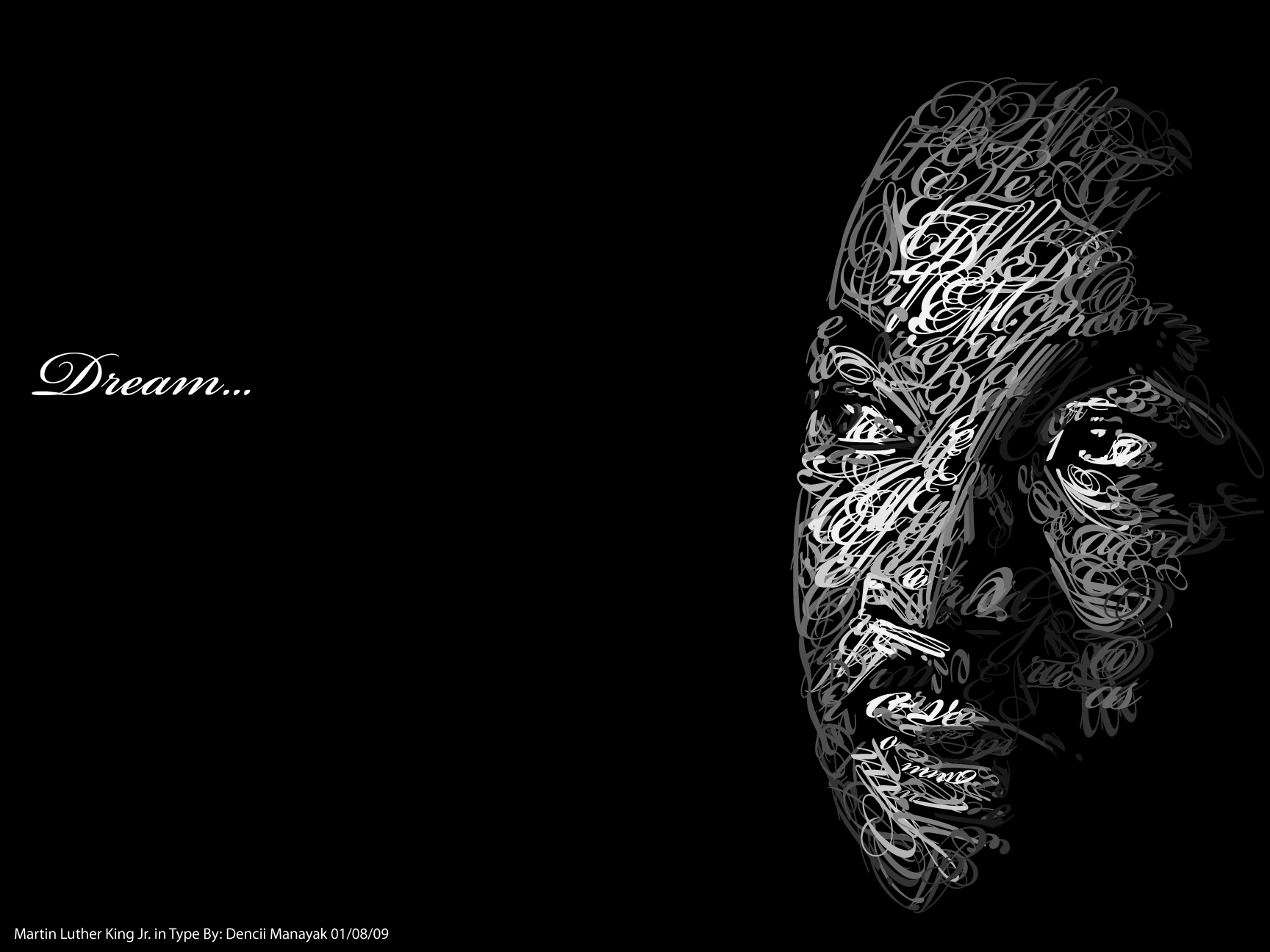 Next he was elected president of the Southern Christian Leadership Conference. This was in ’57. The organization was born to provide new leadership for a budding civil rights movement. The principles & practices spawned from Christianity and Gandhi. In an 11 year span of time, he traveled over 6 MILLION miles and delivered his speeches over 2,500 times! If there was an injustice or a protest anywhere, he was there. Through all of this, he also wrote 5 books! ::thud:: Incredible. He, likewise, led a massive protest in Birmingham, Alabama at this time, too. This is what he called a “Coalition of Conscience”. It inspired the famous “Letter from a Birmingham Jail” (also known as The Negro Is Your Brother — if you have not read it, or the history of it, PLEASE do yourself a service and put it on your proverbial To Do List). This was the start of a revolution for African Americans. Amongst these precedent things I have mentioned, he did so many other things in this time, too, like:

* Organize drives in Alabama for the registration of “Negroes” to be voting citizens.
* Directed the peaceful march in Washington, D.C.
* Delivered his renowned speech, “l Have a Dream…”
* Campaigned for President Lyndon B. Johnson.
* Was arrested more than 20 times, and assaulted at least 4 times in those arrests.
* Was awarded 5 honorary degrees!
* Was named Man of the Year by Time magazine in 1963.
* Became a world figure, BEYOND being a symbol of leadership in the African American community.

Phew! And what have YOU done this week? The inspiration is never-ending with this man. Imagine if he were still alive today — he could have been Brain and ruled the world! No number of Pinkys would have held him back (or so Brain *thought*).

And to drive my points of his magnitude & fortitude home… At 35 years old, MLK Jr. was the youngest man to have received the Nobel Peace Prize. (35! Most 35 year olds these days don’t even feel ready or capable of getting married or being parents yet!) When he learned of this news, he handed over the $54,123 prize money to aid in the furtherance of the civil rights movement. I feel so honored, privileged, & overwhelmingly emotional to know this man of bravery & doctrine, and I only know him through countless books, articles, his writings, & documentaries. I can’t fathom the energy I could have gained by being in his presence of surety. And it is THAT surety that makes this America the Great Melting Pot, now. It is the reason that my Mini Maven is completely colorblind and feels no difference between herself and any of her peers. May she continue to be this way forever… (Not that I would have or allow it any other way under my roof.) 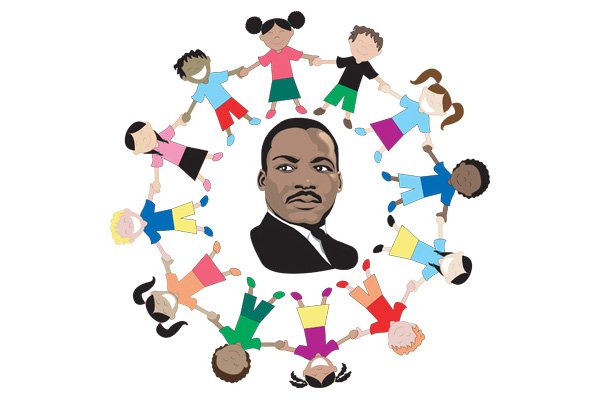 Sickeningly, one evening, while standing on the balcony of the Lorraine Motel in Memphis (he was the leader of a march there), he was assassinated outside of his room. That was April 4, 1968 — he was just 39 years old. A fugitive from the Missouri State Penitentiary, named James Earl Ray, was captured in London and arrested for this unspeakable crime. Ray plead guilty in 1969 and was sentenced to 99 years in prison, but he did try to retract his guilty plea later on.

Before moving where I live now, I lived in Atlanta. I wasn’t far from the Martin Luther King Jr. Center for Nonviolent Social Change, also known as “The King Center”. Coretta Scott King established it in 1968 after his passing. It is a memorial & nonprofit in which Mrs. King made it known that it was, “No dead monument, but a living memorial filled with all the vitality that was his”. I lived there when Coretta’s grave was moved and transfered to be beside him. This was also another vividly sentimental moment for me. I’ve never felt so much vigor and simultaneous quiescence within my spirit than I felt standing before that memorial. There are truly no words to express or explain it, other than that, even in death, his vigor and quiescence still linger in the breath that blows around his bones. 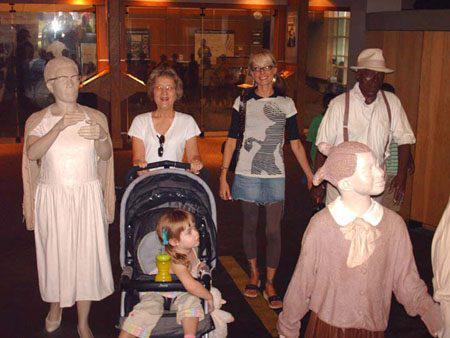 Taking my mother & Mini Maven to The King Center in 2004.

Feel free to double-check everything I have written, for I am no expert whatsoever, and my memory is not as spry as it used to be. Most of all, just feel free — and thank him for it. Every day. Never ever, ever forget that whatever is on the outside — rather the color of someone’s skin, the weight upon someone’s frame, the tattoos on someone’s flesh, the deformities on someone’s body parts — we are all the same on the inside. 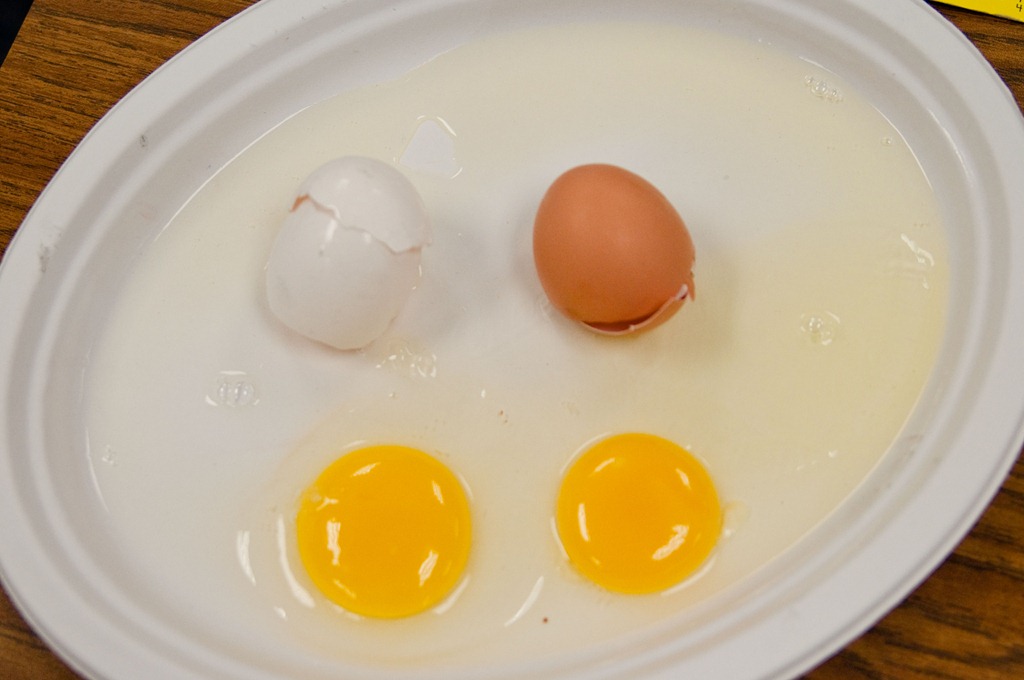 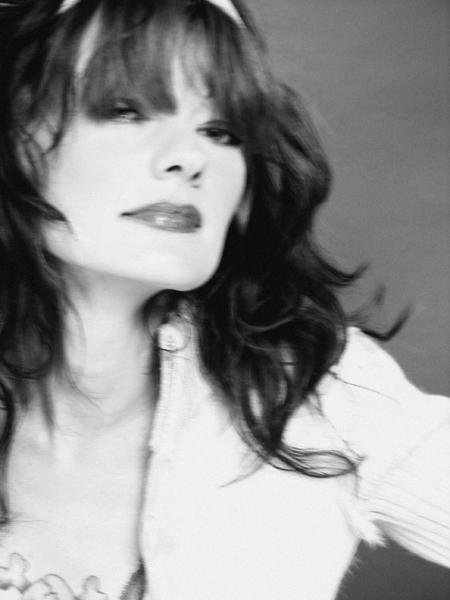