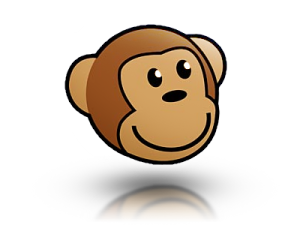 I think it’s nearly impossible that any good geek or never-failing nerd hasn’t already heard of Think Geek, but this store is a staple here at the What’s Ravin’, Maven? headquarters. I know that I’ve said it before, but on top of my Darling Hotbuns being infinitely smart, virtuous, creative, talented, fortuitous, wonderfully waggish, uniquely uncommon, beckoning, hunky, magnetic, seductive, & H O T (<– was that enough adjectives for you?), he is also a great, big, gigantic GEEK. I am telling you, we were made for each other — that one puzzle piece that fell out of the box at birth and suddenly it showed up in the most peculiar of places, but at the very perfectly precise time! After we met for the first time, we spent an entire (looong) week *just* talking before trying out a date. We would talk for incalculable hours (via phone, e-mail, text, instant messaging (absolutely no lulls!)) ALL DAY LONG…… at the flash the alarm went off & before we ever rolled out of bed it began. We had a bevy of things to talk about, but none more than when we both discovered the other was geeky! I remember that moment like it was 5 minutes ago… I asked him what his favorite dystopian science fiction books and films were. In nothing flat, he asked, “Do YOU have geek in you?!” This created a Niagara of feverish nerd symposium between us, and the deluge has never stopped. Beyond instant physical attraction, THIS was what made us both ferromagnetic — CLANK!! — causing a wicked high coercivity. We haven’t been able to demagnetize for more than a few hours since. ::flutter:: I have had relationships in the past with men who were mega geeky, successful & brilliant. I have had relationships in the past with men who were rugged, strong, & protectively alpha. I have even had mere weeklong relationships with gorgeous, alluring model-ly men before I couldn’t take another nanosecond of them nattering on & on about whey protein, boxers verses briefs, & Ferrari Testarossa’s. I felt dimmer upon leaving dinner, as if they were Brain Cell Vampires, suckering me into a lobotomy with their chiseled chest & bleached Chiclets’ beaming. But I have NEVER had ALL of those characteristics in one lone person — beauty, brains, courage, vindicating, AND all-out, full blast nerd. I have never found my perfect(ly coined) Renegade Geek. Well, not until now. #lovetothenthdegree

END_OF_DOCUMENT_TOKEN_TO_BE_REPLACED 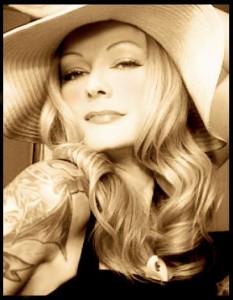 A sunshiny dame can never have too many floppy hats! That’s a Angelika Frangelico motto.

Well, I’ve listed my 3 favorite accessories to you over the last month:

So, I’ve covered my mania over sunglasses & rings in previous posts — now I have none other left to prove than my preoccupation with HATS! Yippie skippy! Nothing says “Angelika Frangelico’s roots are showing” like a good, gleeful hat. Yet, no matter how many weeks of re-growth I have going on up there atop the think tank, I simply love wearing them! Darling Hotbuns always talks about how he looks dreadful in hats and this positively pangs me — I would & could NOT make it! That would be like putting a vat of cookie dough in front of a preschool and telling them they had to have rice cakes for snack time, or parking a Suburban-sized kennel of kittens & puppies in front of my house and asking me not to rescue them all. No! Wait! It’s like having a catapult rigged up in the back of your truck right at the moment you have an Andy Dick celebrity siting…… at a stop sign…… with two passengers in ski masks! It would be an impossible life for me if I couldn’t wear hats. Impossible, I tell you — this is a world crisis we’re talking! Alert the FBI, CIA, all battalions, FEMA, my hairstylist! Seriously, though… They make me warm & gooey on the inside, like a Boston Cream donut. (I think my blood sugar may be low. Let us just pretend it is so as to explain my (*ahem* every day) behavior. #alwaysblameitonamedicalcondition)
END_OF_DOCUMENT_TOKEN_TO_BE_REPLACED 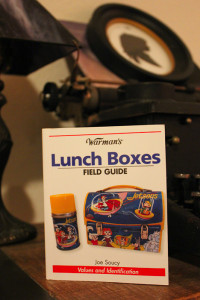 Are you a vintage lunchbox collector? This is a wonderful field guide for values & identification! It is small enough to fit in your pocketbook or back pocket. It’s just the right size to carry along to flea markets and garage sales. It contains hundreds of color photos so that on-the-spot appraisals are super easy! In the book, you will find 500 color images of metal lunch boxes & thermos, nostalgic lunch boxes from the early 1950s through to the 1980s, up-to-date pricing for all sorts of lunch boxes, & anecdotal information about characters & shows. It’s perfect for the lunchbox enthusiast!

END_OF_DOCUMENT_TOKEN_TO_BE_REPLACED 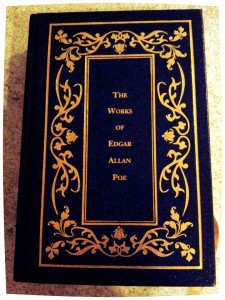 Speaking of Poe, this was my best loved birthday gift from my friend Brian this year. Bestow my heart!

I am constantly trolling around Etsy looking at all the fantabulous vintage & crafty stores, and I constantly post supreme scores that I find on the What’s Ravin’, Maven? Twitter account (<– which you need to be following if you haven’t already! #bateyelashes). I never write a blog about them, yet, today is going to be different because I have to — I found a store that is SUCH a novel idea!

Actually, *I* did not find the store… Thanks to my soul sista, OO7, I was introduced to Encore Prints! OO7 posted a link to an ambrosial print of a raven, from Edgar Allen Poe‘s, The Raven, on my timeline on Facebook. Anyone who knows me well knows that I LOVE Poe! Anyone who knows me inside & out knows that I have a very special place in my heart for The Raven (even have one tattooed on my back from a necklace I bought in Nova Scotia when I was 17). But here’s the beauty of all of Encore Print’s prints… They are printed on top of vintage book pages, or vintage dictionary  & encyclopedia pages, that were on their way to being destroyed, AND then framed in these regal, ornate golden frames! (I know there’s mixed opinions about the term “upcycle”, but this is really just one of the keenest expressions of upcycling I have come across.) Once you submit your order, a kind maven named Pam will contact you and ask which background to the art you prefer. Oft times, she will have an exact page to correlate with the printed image, which I think makes it all the more precisely perfect! And these are honest-to-goodness antique book pages from 1857 – 1897 — genuine, not “vintage” from another era in the 1900s.

END_OF_DOCUMENT_TOKEN_TO_BE_REPLACED 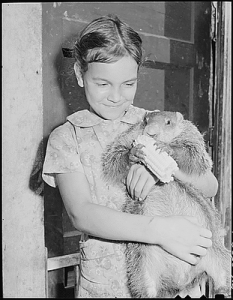 Today is Groundhog Day. Today is the day we find out how many more days of winter we have left to weather. This has been such a mild winter for us in our neck of the woods, so it’s hard to fathom that Punxsutawney Phil will see his shadow, but I am a firm believer in Murphy’s Law. #stickingtongueout

I am SO ready for winter to end. I am every year. There’s not much I like about winter. In fact, I abominate it! I happen to love the look & lines of winter attire, though. I am absolutely sweet on scarfs, gloves, boots & wintry hats, but I am DONE with actual winter by January 1st. As soon as the end-of-the- year festivities are over, *I* am over (the edge, the cabin fever, the chapped lips, the sunless days, and trying not to store up for the winter and hibernate in my goose down comforter cave)! I begin to feel suffocated by my clothes. Layered, thickset frippery can actually make me feel claustrophobic! In any event, there is one article of the winter drapery that I never tire or grow weary of, and that is the winter coat. Heavens to Betsy, I love me a chirpy, coltish coat! I love my bloody coats to bloody death! I wear them so much that I almost always have to get a new coat every year. You’d THINK I lived in Alaska the way I manage to exhaust them, but being a native Floridian, I always say that I have reptilian blood — I am not cut out for the cold, even a city where it only snows about 3 days out of the year. #lightweight(nottobemistakenwithmyouterwear)
END_OF_DOCUMENT_TOKEN_TO_BE_REPLACED