It’s time for the formal introduction of country music’s fresh and new sweetly spunky face! Country music fans all over the world, meet the ever-so sensational Abbi Scott! She’s been compared to the likes of Miranda Lambert, Gretchen Wilson, and Kellie Pickler… Yet, the talented truth is that there simply is no parallel to this petite, plucky little superstar — Abbi Scott is an unrivaled and rare gem striking out in the industry like wildfire. Her bold and bright musical style is a bona fide blaze of raw, striking spirit. Abbi Scott, AND her music, are full of pizazz, pluck, pep, potency, passion, purpose and power that packs a solid punch, all the while doing it in the most virtuous, good-hearted, and wholesome way. This country girl is all heart with the right stuff! You know it the instant you see her face and the genuineness behind her blazing blue eyes; the color of an open, clear sky up ahead.

So much talent in one little lady!

With her God-given good looks and charm, it’s absolutely impossible not to be captivated by her presence, but as soon as she opens her mouth to sing, her breath of life makes every listener bloom the way that she has. The vital force of her voice, and the spiritual being that she puts into her songs, are nothing shy of infectious. Her girl-next-door attitude makes her trustworthy. Her seraphic eyes of sapphire and sea color sweep you off your feet and into the story of every song she shares with you, like an open book or the heart on her sleeve. Her unfeigned smile not only has such immense magnetism, but it keeps its promise that when it comes to Abbi Scott’s sincere personality: What you see is what you get. And let me not ask, but TELL you… How lucky are we all?! We should all be blessed with such pure-of-heart charisma and those what-it-takes kind of gifts.

Abbi Scott was born and raised a Hoosier in the humble, country-lovin’ town of Clinton. However, as her career in music has grown, she’s raised and reared her progeny and legacy — her music — in Nashville. This might seem like a complicated and labored lifestyle for a 17-year-old high school student, but her songs ARE her labor of love in life, so she balances curriculum and creativity like a high wire (never seeing all this work as a circus, or even work at all). Her soul thrives in Nashville, but it also soars on the open road in her pick-up truck, so she goes back and forth between Indiana and Tennessee like it is as easy as 1, 2, 3. In part, this is because she feels utterly alive when she’s on stage performing, so it equally makes her heart sing when she’s writing her own music. There’s not an aspect of country music that doesn’t fill her tank, and she’s finally topped off  and full when she’s giving her fans the fuel of get-up-and-go inspiration. 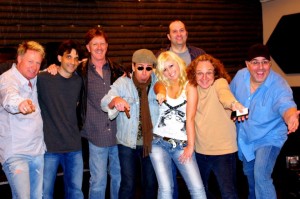 Above and beyond her love of music, Abbi Scott’s joys and passions don’t end here! Abbi is an honest-to-goodness country girl. She loves being surrounded by sprawling land and the country backwoods where she feels covered in the grace of God. She likes to go muddin’ on her ATV, hunting in head to toe camo, fishing on the pond her daddy & mama built her childhood [house] around, and feels no more in her comfort zone than when she’s in a well-worn pair of blue jeans and a broken in pair of cowgirl boots. She’s just a down-home little lady who, when she isn’t in the big city of Nashville, Tennessee, she’s in her small hometown surrounding herself with her beloved family and the good people of Clinton’s midwestern hospitality. She’s been singing for these people and their charities since she was just a wee youngin’. 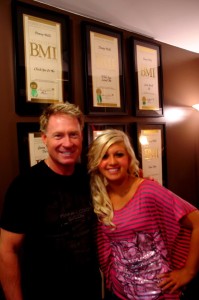 Abbi in Nashville working on her album with Danny Wells, songwriter/producer of “Check Yes or No,” by George Strait. Danny has also written for Rascall Flatts, Sarah Evans, and so many more. 🙂

So, this is what makes Abbi Scott’s country music career that much more impressive… Coming up in a rural green belt with a population of not EVEN 5,000 people (and as the professional writer of this biography, that is almost as many people as I had in my high school growing up!), Abbi has been blessed — though maybe that’s not the right word with all her vigor and fortitude — to open for acts such as Lee Brice, Jana Kramer, DJ Miller, and David Bradley. Oh, and this is only the beginning, folks! She’s only 17 years old — imagine the gifts she hasn’t even begun to bestow upon us yet! Imagine how she’ll take the country music industry by storm next year when she moves to Nashville and gets to work with her renowned team of writers, producers, and staggeringly accomplished musicians on a daily basis without any other interruptions. Yessiree, this demands a “YEEHAW!”

Abbi Scott has come a long, long way in such a short period of time for a young artist like herself. She’s been singing since she was knee-high to a grasshopper and never doubted for a nanosecond what she wanted to do with her life, so she started as soon as she could get herself up on that stage. She’s never had a stitch of stage fright or nerves — her performance ability is flawless, effortless, and second nature. Her music is upbeat, playful, perky, motivating, and thought-provoking without ever being preachy, sullen, or sore. Her music perfectly represents her true sense of self, and how she conducts herself inside and outside of the country music industry. Even in this sweet tempo that she possesses, there’s a swagger in her that translates live and recorded. She is truly an impressive voice that creates no barrier between speaker and ear. Abbi Scott is beyond skill and talent, she is real and identifiable. She’s just out there singing anthems for all of us.

Y’all are going to want to slide in your saddle and stay on this journey and adventure with Abbi because it is going to be one darn good ride to the top of the charts! Likewise, if you get the opportunity to see Abbi Scott live in concert, make sure you take the time to introduce yourself to her personally because she is unconditional, faithful, and loyal to her unconditional, faithful, and loyal fans. She’s the real deal and just as tenderhearted and true blue as they come. Best of all, bless her heart…… her class and character are steel. Be prepared to fall head over the heels of your boots! Mark my words. You read it here first.

Make sure you check out Abbi Scott’s first release and video for Young, Young, Young – it will get stuck in your head, beware!!! (Just click on the highlighted title to listen & view.)

*** This bio was written for Abbi Scott’s official website. This is actually just the rough draft that I am using for today’s blog post, FYI. It will be reworked a few times before being published, therefore I have yet to edit it for error. Thankyouverymuch! *** 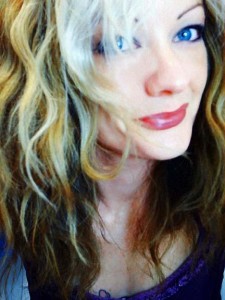